In 1980, Pravin Thakur graduated with a Master’s Degree in Film & Television from the London Film School in the UK. Post a Stint with the BBC he returned home to Mumbai and set up Gimmicks Productions specializing in the production of TVCs and documentary films.
Since then he has produced over 200 projects for leading advertising agencies like Ogilvy & Mather / Lowe Lintas / Mccann Worldwide /J Walter Thompson / Dentsu/ Leo Burnett & various multinational companies like Procter & Gamble / Hindustan Lever / Cadburys / Johnson & Johnson / Parles / Leo Mettel / Vodafone / Amazon.

In 1998, Gimmicks Productions ventured into handling production logistics as Line Producers for Foreign Film & TV Companies desiring to film on locations pan India. Ever since, he has produced several projects for Film Companies / TV Channels / Corporates across the USA, Europe & the Middle East.

Most recently, in 2022, Gimmicks opened up a Post Production Arm called Gimmicks Post, specializing in translations, dubbing, voice-over, and sub-titling in all 22 Indian Languages plus all international languages. All our projects are executed by native artists from their respective countries on a quick turnaround time, at the most competitive prices.

We Provide Complete Production Back-Up With Facilities Including Top Of The Line Equipment.

We Are A One-Stop Shop For Providing Crew & Technicians For Shooting Pan India. 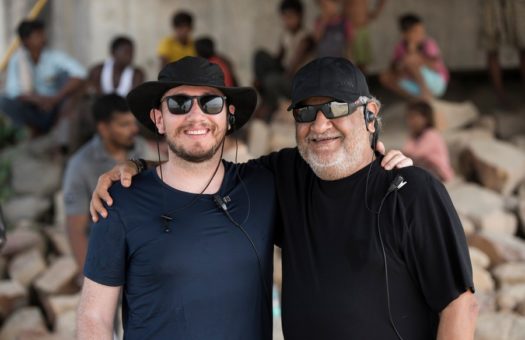